Dulwich Leisure Centre is yet another super example of Hydrospec’s work. Built in 1892, the pool needed extensive regeneration to bring it up to modern standards and regulations, whilst still retaining its distinctive Victorian character and architectural features, including poolside changing cubicles. 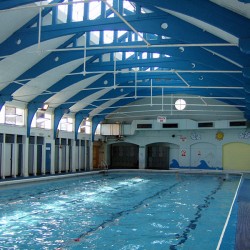 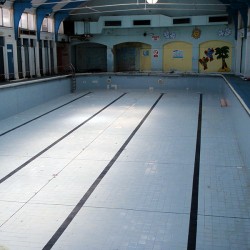 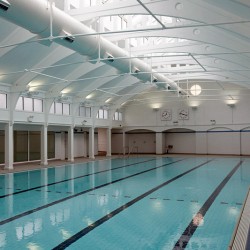 The pool required extensive renovation to both its form and its function. A new pool shell was built inside the old one, so as to maintain the integrity of the listed building. Additional pipework and flow-control fittings were incorporated to ensure that current standards for turnover and filtration rate were attained and, like most modern commercial installations, it was converted from a freeboard design (where there is a difference height between the pool’s edge to the water surface of, on average, 150mm), to deck level where the water overflows the pool’s edge into a channel all around the pool’s edge. This work was complemented by a complete overhaul of the plantroom including new filtration, circulation and chemical control.

Most notably, the pool had no modern heat reclamation and humidity control, with opening windows just below the ceiling providing respite from the in-hall conditions. The project also included the fitting of a heat reclamation / dehumidification / ventilation package, which also meant the fitting of ducting in the pool hall beneath the apex of the roof which was functional and sympathetic with the rest of the building’s character.

Aesthetically, the pool was finally tiled in modern tiles that were chosen and laid in a brick bond to maintain the look of the original Victorian tiling; and modern entry steps were constructed to comply with current pool safety standards.